Upload a video or embed video from Youtube or Vimeo.

Upload your audios and create your playlist.

Διήγημα | "When You Smile that Smile" 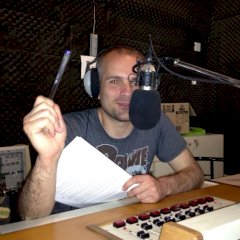 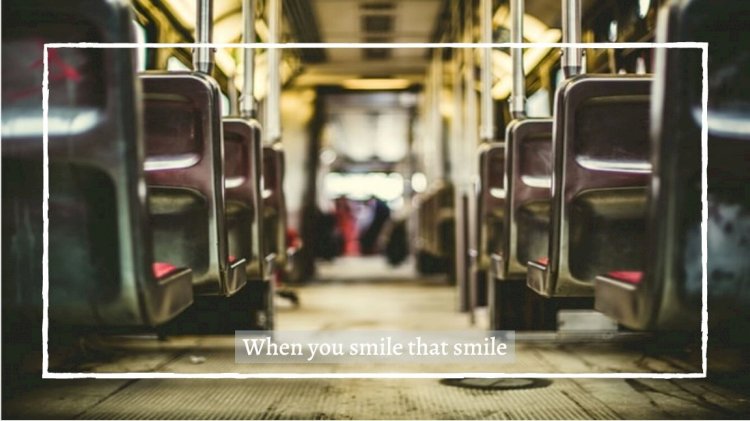 It was a rainy Tuesday evening. As boring as it gets, in other words. I was in the bus, on my way home from work, another tiresome day in that grueling environment. On days like this, I always looked down, too tired to even stare at the world, because I couldn’t take it starting back at me. So these bus trips were always quite, though still boring.

But on this day, something caught the corner of my eye. An old guy got on the bus, and sat right across from me. It was hard to miss him, you see, because he was smiling. People on this bus were usually as miserable as me (I swear I’m not projecting!) but this guy was smiling, and then some. The way he smiled seemed to twist his very face, change it into something that looked… painful, at least. Ever stretched so much in the morning that you got a cramp and couldn’t think about how you' d get back to being unstretched again? Think of it like that, but on your face. And his smile was full of teeth. Like the way a man-eating beast would smile at you before it’d eat you.

What made it weirder was that he wasn' t actually smiling at someone or even something. He just stared in the emptiness, smiling, stretching his face so much that his eyes were popping out. I wanted to look away because it was actually becoming creepy, but I couldn' t. You know how it is, I’m sure you’ve done something similar, too.

Anyway, the old man just kept looking at nothing, so I grew bored eventually and looked away. It dawned to me at that point that no one else had looked at him all this time. How, I thought to myself. Didn’t they think it was weird? Was it just me? Was it just me?

The bus stopped, some people got off and a young blonde girl got on. She sat next to the old guy. "Surely she must see it", I said out loud, and felt like a bigger weirdo than him.

Then, it happened. She looked directly at him, and he looked back. That was the moment things got weirder.

Her lips started parting, and I could see her teeth, white as pearls, while her lips kept parting. She smiled that smile, full of teeth, her face contorting into something absurd looking and quite frankly scary.

I laughed to myself and thought, "What is this, an infection?"

Then I stopped laughing when the girl turned around at the woman sitting right behind her, and laughed straight to her face. In seconds, the woman had the same terrible, mouth-stretching "smile" on her face. I swear I don’t know if you could even call it a smile at this point, as this woman’s eyes looked terrified, as if she were no longer in control of herself.

This was getting weird, and my stop was still too far away. But I no longer felt comfortable, and I always thought my smile sucked anyway, so I wasn’t about to get a permanent one on my face. I pressed the stop button again and again, just to make sure.

Meanwhile, things were getting worse around me. For some reason, even thought the old man kept looking at nothing and only stared directly at the girl, the girl herself and the older woman were now starting at everybody. Soon, all the people around me had that smile. All of them, just looking at each other, like a pack of hyenas ready to jump at an unknowing wildebeast. Nobody spoke, not a word. Just glanced at each other, not even nodding. Nothing.

I frantically looked around, and saw that everyone in that bus now had that look on their face. Young people, old people, even the kids. Nobody was getting off anymore. Nobody was getting on. At least they’re not looking at me, I thought. But I had to get out of there, and fast.

"Just stare at the ground", I told myself, "it’s your specialty". Doing just that, I dashed to the front of the bus, and looked at the driver. He wasn’t smiling like the rest of them, thank fuck. But he did smirk when he saw my face.

"Please, sir. Can you stop the bus? I missed my stop and I have to be at home right now" I almost screamed.

"Home? Son, you are home", he said with a smirk, and then pointed at the back of the bus. "All your family is here".

"Stay with us here, my boy. We’ll take good care of you", said the driver, that awful smirk still on his face. Somehow, this smirk was worse than the teethy smile that everyone else had. And, he, he seemed in control of his actions.

The passengers started walking towards me, I could see them getting closer through the mirror. They walked as one, not as a group of people but as a single entity. I only had a few seconds to act.

I looked at the driver who was looking at me, still smirking. I quickly glanced at his dashboard, and saw it right there. The button that opened the bus doors. The bus was going quite fast by city standards, but I had to risk it. Whatever was happening here, I wasn’t going to be part of it.

Acting without thinking, I actually punched the driver in the face. It had been a few years since my last fight, so it didn’t really hurt him, but merely startled him. But the few moments of confusion was all I needed, as I punched that button better than I punched the driver, and the doors opened. I made a dash for it, and jumped out of the bus.

I fell on the pavement with a sickening crunch, and I was sure I broke my right hand all the way to the elbow. But it was worth it, I’d break my other hand if I had to, as well.

Around me, people spared a few glances at me, but then went on as if they didn’t care. I guess they didn’t. Neither did I, as I started walking towards my home.

In the distance, the bus kept on going, without stopping. I guess it had no reason to... 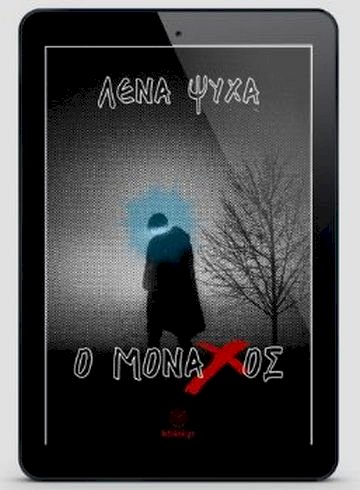 Watch Me: The Witcher